The summer has been good to us. From poetry and foodways to fiction and history, below are some highlights of recent press our books have received.

“Jeffrey Schultz’s National Poetry Series-winning collection What Ridiculous Things We Could Ask of Each Other needs our attention almost as much as it demands our suspension of disbelief. Because how is it possible that so much meditation over so many seemingly disparate fragments of life, so much frustration, so much hope for our world to finally find its course correction can fit into a single book, let alone a single poem?

This is not a book for the weak of heart or mind. These are long-lined, long poems that want to find all the answers.”—American Microreviews and Interviews

LISTEN: Fogged Clarity has an interview with Schultz.

To Live and Dine in Dixie: The Evolution of Urban Food Culture in the Jim Crow South
Angela Jill Cooley

“There was a time in this country’s history when eating a meal at a restaurant could be a statement of defiance, or a statement of deep-seated bias. That’s why Angela Jill Cooley’s new book, To Live and Dine in Dixie is so important . . . It’s imperative that we never forget history, and books like Cooley’s give us a sobering glance at the battles waged in the name of equality and tolerance. The idea of a restaurant only catering to one particular type of person today is ludicrous. Do we know WHY it’s ludicrous, though?”—BookTrib.com

“Kyle Dargan is a poet whose work navigates between the political and philosophical, and his poems are fueled frequently by a fearlessness in expressing curiosity, wonder, and critique. He questions his place in the various environments he inhabits, he questions the existence of those environments, their origins and purposes—all explorations in service to coming to terms with our culture’s ever-shifting tectonic plates.”—Los Angeles Review of Books

“A poignant and darkly humorous look at life after loss. . . . Each character’s battle with faith, family, and personal responsibility is rendered with Graham’s signature sharp wit.”—Publishers Weekly

Kentucky Women:
Their Lives and Times
Edited by Melissa A. McEuen and Thomas H. Appleton Jr.

“An engaging, intriguing foray into Kentucky’s feminine past. Meticulously sourced and short on romanticism, Kentucky Women depicts life as it was for those coming of age in a time where fighting for justice, compassion or one’s survival was an inherent part of the female experience.”—Kentucky Monthly

The Passing of a Palm Cathedral: Terrain.org hosted an excerpt of Susan Cerulean’s Coming to Pass: Florida’s Coastal Islands in a Gulf of Change.

LISTEN: Maurice Daniels, author of Saving the Soul of Georgia: Donald L. Hollowell and the Struggle for Civil Rights, recently spoke with GPB’s On Second Thought about the legacy of Donald Hollowell.

“Elegantly written and well-researched . . . Marten’s outstanding biography of this fascinating figure demonstrates that Tanner was more than symbolic of Gilded Age corruption. . . . Understanding that some Americans seemed contemptuous of one of the most iconic generations of American veterans, including an individual who suffered catastrophic injuries during his service, is critical to understanding the challenges facing American veterans of all eras and is an extremely valuable lesson of Marten’s study.”—Journal of American History 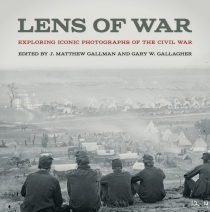 “The UnCivil Wars series at the University of Georgia Press describes itself as ‘dedicated to new ways of seeing and telling the American Civil War.’ Lens of War actually manages to tell the war by seeing it. Moreover, it illuminates not only how photographs shape our understandings and memories of the war, but also how we teach it, and how images—even in black and white—will always hold a special power the written world alone simply cannot supply. With all of this in mind, the book is highly recommended to historians of photography and visual culture (it even includes a very helpful resource on Civil War photographic histories), but for historians of the Civil War it is—without question—a must read.”—Civil War Monitor

“A book that is both hilarious and excruciatingly painful to read . . . Bullock, Buchanan and Gaddie have produced an entertaining book that lays out all the details of this sordid affair. They especially deserve praise for their account of how the Talmadge campaign worked to keep blacks from voting in the primary . . . Seventy years later, the same issues of voter suppression and ballot box access are still being raised in the 2016 presidential race, showing once again how history keeps repeating itself.”—Flagpole