Earlier this year, Sam Leith wrote this about university press publishing in The Guardian:

The mainstream may be getting dumber by the day, but we are living in what looks like a golden age of publishing for, of all people, the university presses.

The point Leith goes on to make is that for many contemporary nonfiction books of note, trade houses have little to do with their creation. The economics of publishing have become such that trade houses spend more time trying to recreate the successes of pop psychology/sociology/history/”big idea” breakout sensations—and their imitations—and less time on nurturing the mid-list talent that used to be their bread and butter. To Leith, these are missed opportunities that university presses have wisely swooped in to exploit.

Well, thanks for the compliment (even if it is a little back-handed).

Much of what Leith says in his article is sort of true. We’re not exactly cloistered in silos and closed off from the rest of the publishing world. We know that trade publishing’s trend toward consolidation continues ever onward, leaving many of their former writers adrift and looking for new homes. And sure, there are more than a few authors that we’ve published recently that have also had books published by trade houses. But university presses are not merely refuges for aimless talent. The slack we’re picking up in the market and the works we acquire by authors formerly published by trade houses is only part of the story.

I think for many of us in the university press community, we see this realignment in publishing more as an expansion of a mission we’re already trying to fulfill. Since many of us are the largest publisher in a given region, we’re able to leverage relationships with local booksellers and media in a way that’s attractive to authors in their region. And though non-profit publishing does require getting creative with the way we fund projects, we can still be ambitious about publishing niche projects that are important. Maybe no one is getting rich doing what we do (except for maybe Thomas Piketty), but we make it work.

In an article for Next City in July, the journalist Anna Clark, echoing Leith, wrote about how it was precisely because of our unique structure that university presses could publish work in vital subjects like urbanism. “It’s not just because universities employ many of the tenure-seeking academics penning these books,” she wrote. “It’s because risk-averse mainstream publishers aren’t convinced that this work is worthwhile.” 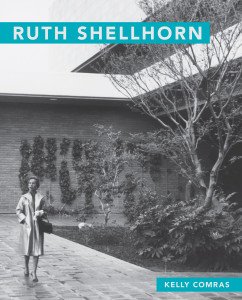 For us, Clark’s is a well-timed point. Last year we announced a new partnership with the Library of American Landscape History for a new series of accessibly written, highly illustrated books that illuminate the modern through the careers of pioneering landscape architects who have transformed the profession. Ruth Shellhorn by Kelly Comras is the first title in the series and will come out in the spring of 2016. Shellhorn was a landscape architect whose career spanned nearly sixty years and her work helped define the modern landscape of southern California. She was commissioned to design landscapes for many businesses, municipalities, and private residences, and her most famous work was on the original design plan for Disneyland. In addition to being a pioneer of modernist landscape design, like so many women of her era Shellhorn was a trailblazer in a field dominated by men.

For all of these reasons a book on a figure like Shellhorn makes sense. And the partnership with the LALH represents a way for us to smartly leverage our resources together, in a challenging publishing environment, to do exciting work that’s important and that reaches as many people as possible. Although trade publishers may now feel a book like this is too much of a drag on their bottom line, we thrive on these sorts of creative partnerships. And in some ways they represent a future in which deep collaborations can offer new ways to fulfill our existing mission while expanding our horizons.

Still, while savvy collaborations and wise acquisitions may fill a gap left by trade publishers and point to new paths of sustainability, Clark makes a point about the need to foster a greater community of readers that should resonate:

Those of us who have a stake in the future of UPs—and I’d argue that that’s all of us—have some leverage. Buy books from UPs, for yourself and as gifts, ideally directly from the publisher’s website to give them the greatest share of revenue. If you teach, include these books on your syllabi. Donate to UPs, the same way you donate to other nonprofits, like your local library. Some publishers, like Wayne State University Press, have “press club” programs where donors are further engaged as “ardent advocates of regional publishing.” If you have the means, consider endowing a series at the press, if not the press as a whole. Attend readings and other events put on by the UPs. Whether you are an alum, staff or faculty at an institution with a UP, let your university’s administration know how much you value the press. If you contribute to a media outlet, feature UP books and authors, whether it is in a review, critical essay, podcast interview or even an aside in a news story.

Good advice worth spreading. Let’s hop to it.

Jason Bennett is the Direct Mail Manager and the University of Georgia Press.