As everybody on social media knows by now, today is National Bikini Day. The bikini made its debut in 1946 and hasn’t left the pool or beach in nearly sixty years. For this, we are indebted to the French designer Louis Reard. His then considered scandalous bikini style embodied the freedom recently won in World War II.

How about some beach reads to help you celebrate accordingly?

“Faith in Bikinis is a fascinating – and untold – history that has been carefully and eloquently told by an accomplished scholar.”

— ANDREW W. KAHRL, author of The Land Was Ours: African American Beaches from Jim Crow to the Sunbelt South 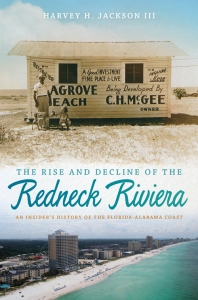 The Rise and Decline of the Redneck Riviera
HARVEY H. JACKSON III

“Reared in Clarke County, Ala., chasing ‘submarines and alligators’ along the Alabama River and whiling summers away on the Florida Panhandle, Jackson is as far from a tweedy academic as it is possible to imagine. He looks good in shorts, T-shirt and flip-flops, glories in offshore fishing, and loves the Flora-Bama with a passion to match that of any bubba. And, man, can he write. If after finishing this beer-soaked and sand-whipped tour de force you don’t find yourself heading to the beach, check your pulse.” 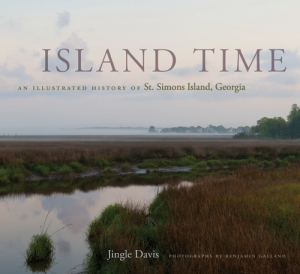 “Island Time is well researched, engagingly written, and beautifully presented. It’s an essential book for anyone interested in the story of St. Simons Island conveyed by two people who know it well and love it deeply.”

Island Passages “This is a winner of a book that every visitor to the Georgia coast, and every resident, will want to own. It is well researched and well written, and the photographs are knockouts. Jingle Davis gives us prime examples of the good and bad in Georgia’s past as she deftly shows how Jekyll Island fits into the history of the Golden Isles.”
— Jerald T. Milanich, author of Laboring in the Fields of the Lord: Spanish Missions and Southeastern Indians

An illustrated history of the unique people, culture, and ecological characteristics of this beautiful barrier island 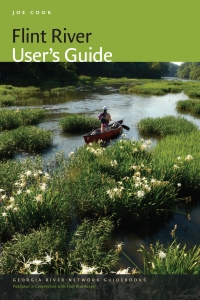 The Flint River User’s Guide, the fourth in a series of Georgia River Network recreational guidebooks, is a portal to adventure on this spectacular river. The book brings to life the river’s cultural and natural heritage while providing all the details needed to get out on the river and enjoy it via canoe, kayak, paddleboard, or motorized vessel.