Keep up to date with the best of what’s been going on and what’s coming up at the UGA Press with Short Takes. Continue reading for hot titles coming out this summer, upcoming events, authors in the news, and more.

Your next summer read:

This book documents the experiences of Ed Scott, a farmer in the Mississippi Delta and the first nonwhite owner and operator of a U.S. catfish plant. Rankin intimately portrays Scott and his family as they navigate life in one of the poorest regions of the country, battling economic and political obstacles along the way.

“Julian Rankin eloquently describes how Ed Scott courageously struggles with the bureaucracy of racism, only to discover that the system is embedded in our society at both the local and national levels. Most important, Rankin shows how Scott and his family resisted and ultimately defeated that system.”

-William Ferris, author of The South in Color: A Visual Journey

For more information about the book, check out its website.

Check out our Facebook page for updates on these events as well as additional ones coming up.

Ellen Shipman and the American Garden by Judith B. Tankard | Signing 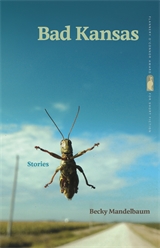 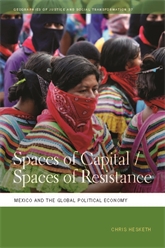 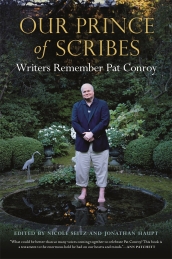 Kansas state librarian Eric Norris announced Mandelbaum’s collection of short fiction as one of the fifteen books chosen for the 2018 Kansas Notable Books. This award goes to books with wide public appeal that are written by or for Kansans.

Wyatt’s analysis of love’s depiction and stylistic expression in Morrison’s later novels was awarded the 2018 Toni Morrison Society Book Prize. This award is given every two years to scholarly works about Morrison.

Spaces of Capital / Spaces of Resistance by Chris Hesketh

This geopolitical book about Mexico and the global political economy is on the short list for the International Political Economy Working Group’s 2018 Book Prize.

This collection of tributes to the late southern author was named a 2018 Summer Okra Pick by Southern Independent Booksellers Alliance. SIBA chooses books published between July and September that have a strong southern focus, ranging from fiction, nonfiction, young adult, and children’s literature.

Authors in the News:

Gallant, a southern-based journalist and author of A High Low Tide: The Revival of a Southern Oyster, wrote a piece for the Atlanta Magazine about why Georgia oysters are no longer farmed and how to bring oyster aquaculture farms back to the state.

For the Southern Foodways Alliance, he wrote another piece much closer to home for Athens locals. Titled, “The Fight to Serve,” Gallant’s article tells the story of one immigrant restaurant owner who balances hospitality to customers and activism in the community, including immigrant protests organized after the inauguration of President Trump.

After being recognized by Outside Magazine as on of the twenty-five essential female nature writers, The Sun reporter Airica Parker interviewed the poet and essayist about racism, radical empathy and writing. Dungy is the editor of Black Nature: Four Centuries of African American Nature Poetry, which was the first anthology to focus on nature writing by African-American poets. She is also a contributor to the just-released collection of eco-justice poetry anthology, Ghost Fishing, which emphasizes the intersection of culture, social justice, and the environment.

Books in the News: 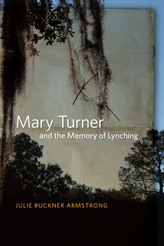 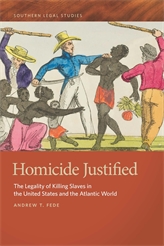 This book documents the riots and rebellions since the colonization of the state to the present and was featured on City Lab, a media site focused on reporting about cities across the world. The article is a question-and-answer session with Mitchell, in which he discusses some big-button topics and important eras in the book.

Mitchell was also interviewed by Against the Grain on 94.1 KPFA, a community-powered radio station, to discuss the history and future of rebellion in New York.

This look at the laws regarding killing slaves in the United States was featured in Rutgers Alumni Magazine.

In Ben Franklin’s World, a podcast about early American history, Goloboy was featured in an episode about the origins of the American middle class to discuss why so many were teeming to be a part of it.

This comprehensive firefly guide is the first of its kind for eastern and central North America and is based on Faust’s twenty-five years of field work. The Charleston Post and Courier featured the guide in its article about the return of fireflies across the country.

Mary Turner and the Memory of Lynching by Julie Buckner Armstrong

Armstrong’s book studies the community’s reaction to the lynching of Mary Turner, a pregnant woman who fell victim to an angry white mob after they killed her husband near Valdosta, Georgia, in 1918. The Mic, a digital news company, featured the book in its extended essay about the spree of lynchings that took the lives of the Turners.

Garden & Gun compiled a list of the best books of 2018 so far this year. Seeking Eden made the list as one of their Southern favorites.

The Southern Foodway Alliance’s podcast, Gravy, featured this book in its latest episode. Gravy focuses on stories about food and culture in the American South. Episodes of “original stories — fresh, unexpected, and thought-provoking” are released every other week. 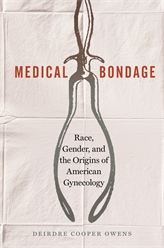 “Medical Bondage is a terse, gifted contribution to slavery studies and the origins of American gynecology. Perhaps its greatest contribution, however, is its ability to elucidate the ways that enslaved women’s bodies were never a home, but cavernous flesh—agape, infinite, and wholly voidable. Medical Bondage not only details Black women’s essential role in the history of gynecology, but also serves as a foundational text for understanding the realities of gendered violence against Black women in the present.”

Barrow and his wife Diana were awarded the Margaret Douglas Medal by the Garden Club of America in recognition of their work in conservation education. The two donated 822 acres of their family land in Wormsloe to the Nature Conservancy, where the state will manage it as a historic site. Wormsloe is located on the Isle of Hope outside of Savannah and is used by colleges across the University of Georgia for education and research.