Summer in the South may bring out the worst of the heat and humidity, but it also brings out the best in Southern cooking. From classic cornbread to local seafood, the dishes of the South look best on a checkered picnic table with lightening bugs in the distance and benches full of hungry people, ready to dig in after the summer heat.

For those of you who love Southern meals and want to know more about the farmers behind the food or the dishes themselves, here are four must-read books from the UGA Press to look out for this fall: 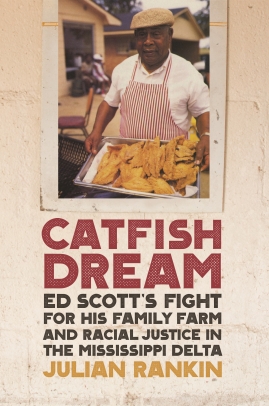 This biography of Ed Scott, the first nonwhite owner and operator of a catfish plant in the nation, is an in-depth look at the politics and economics of food production in the Mississippi Delta area. Read about the man who used his catfish operation to overcome discrimination and poverty.

Creole Italian by Justin A. Nystrom

This book tells the story of southeastern oyster farming and fishing and how the changing coast and uncertain tides have affected this industry. Gallant shows readers how oysters go from the ocean habitats to white-clothed tables and gives a voice to the fishermen and farmers behind this production.

Vinegar and Char from the Southern Foodways Alliance

This book of poetry is an ode to the meals of the South, offering a collection of poems that are just as enjoyable as the dishes themselves. Make sure to have some sweet tea and a snack by your side while you read because these poems are sure to make you crave some Southern cooking. Also check out the Southern Foodways Alliance Community Cookbook for inspiration on some recipes.