Keep up to date with what’s going on at the UGA Press with Short Takes. Continue reading for information about the Press at the Decatur Book Festival, September events, August releases, and news and reviews. 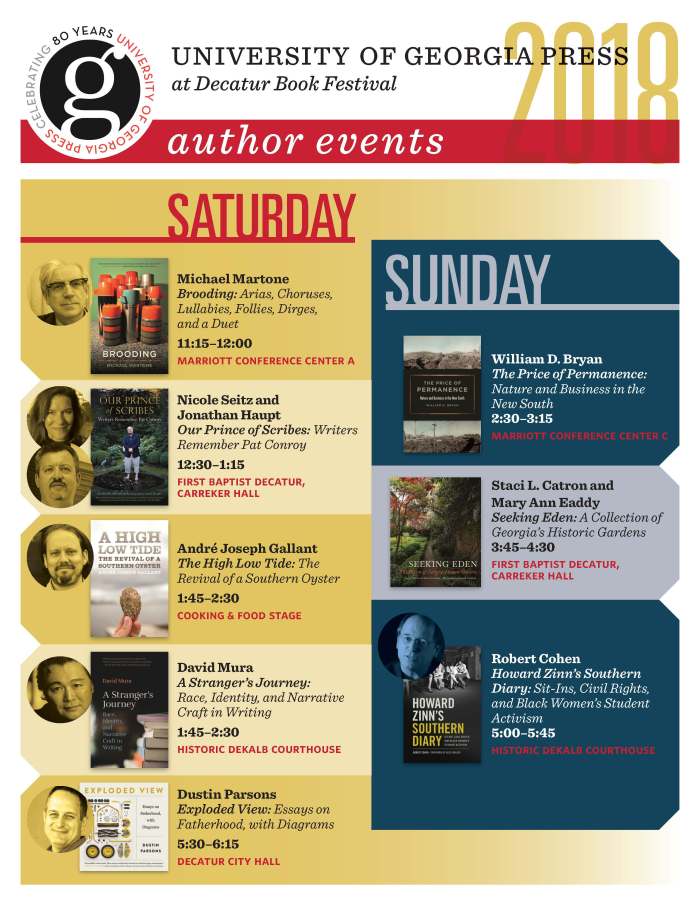 The Decatur Book Festival is this weekend! Since 2005, book lovers have gathered at the historic Decatur square on Labor Day Weekend for book signings, author readings, panel discussions, and more.

As always, we’ll have a booth on the main drag with lots of books to sell. (The van has been warned—it’s not allowed to go missing this year!) We also have more authors participating at the festival than ever. The flyer above has the full schedule for the weekend, but if you’re on Facebook we’ve embedded links to individual events in the authors’ names below so you can add them to your #DBF2018 agenda. See you there!

If you can’t make it to Decatur, here are more upcoming events in September. 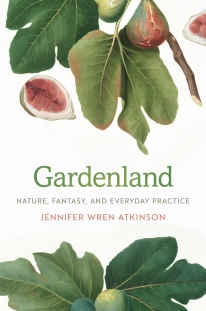 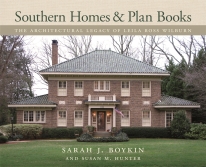 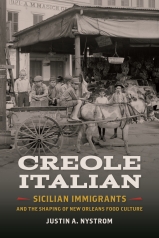 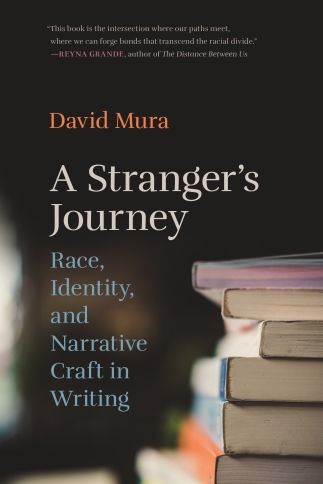 The Price of Permanence: Nature and Business in the New South by William D. Bryan

Using the lens of environmental history, William D. Bryan provides a sweeping reinterpretation of the post-Civil War South by framing the New South as a struggle over environmental stewardship. Bryan writes the region into the national conservation movement for the first time and shows that business leaders played a key role shaping the ideals of American conservationists. This book also dismantles one of the most persistent caricatures of southerners: that they had little interest in environmental quality. The Price of Permanence ultimately uses lessons from the New South to reflect on sustainability today. (Details for Bryan’s Decatur Book Festival event here.)

A Stranger’s Journey: Race, Identity and Narrative Craft in Writing by David Mura

Long recognized as a master teacher at writing programs like VONA, the Loft, and the Stonecoast MFA, with A Stranger’s Journey, David Mura has written a book on creative writing that addresses our increasingly diverse American literature. Mura argues for a more inclusive and expansive definition of craft, particularly in relationship to race, even as he elucidates timeless rules of narrative construction in fiction and memoir. (Details for Mura’s Decatur Book Festival event here.)

Southern Homes and Plan Books showcases the architectural legacy and design philosophy of Leila Ross Wilburn (1885–1967), a legacy that includes hundreds of houses in a variety of popular house styles, from bungalows to ranch houses, built using Wilburn’s plan books during the first six decades of the twentieth century. Wilburn opened her own firm in Atlanta in 1909 and practiced until her death in 1967. She published nine plan books that offered mail order house designs to contractors, builders, and prospective homeowners and allowed them the ease of choosing a preconceived design and construction plan.

In exploring the hidden landscape of desire in American gardens, Gardenland examines literary fiction, horticultural publications, and environmental writing, including works by Charles Dudley Warner, Henry David Thoreau, Willa Cather, Jamaica Kincaid, John McPhee, and Leslie Marmon Silko. Ultimately, Gardenland asks what the past century and a half of garden writing might tell us about our current social and ecological moment, and it offers surprising insight into our changing views about the natural world, along with realms that may otherwise seem remote from the world of leeks and hollyhocks.

Creole Italian: Sicilian Immigrants and the Shaping of New Orleans Food Culture by Justin A. Nystrom

“Justin A. Nystrom tells how Sicilians and other Italian immigrants have shaped New Orleans’ food culture—and how ‘creole cultural’ hegemony has obfuscated those contributions. Nystrom’s writing has a fluent style, vigor, and level of detail that makes Creole Italian a terrific read. The book makes a substantial contribution to food studies and immigration history by providing specificity and detail to broader histories of immigrant-run businesses selling produce and cooked food. It nicely complements studies by Donna Gabaccia, Hasia Diner, and Simone Cinotto on Italian immigrants and food cultures.”
—Krishnendu Ray, author of The Ethnic Restaurateur 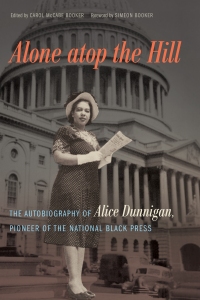 Our mission as a nonprofit scholarly publisher is pretty simple: publish books that the world needs. Although we believe the books we publish are necessary, we can’t predict what sort of effect they’ll have on the general public, whether a book will become a bestseller, contribute to the public conversation about an issue, or simply fill an important gap in our collective knowledge on a topic. Occasionally a book has the kind of impact you always hope for, even if it’s one you’d never expect.

A few years ago we published Alone atop the Hill: The Autobiography of Alice Dunnigan, Pioneer of the National Black Press, a new edition of Alice Dunnigan’s autobiography edited by Carol Booker. This week we learned that on September 21 the Newseum in Washington, DC, will unveil a new statue of Alice Dunnigan to honor her legacy as the first black woman to gain credentials as a reporter in the White House press pool. This was news we could not have been more thrilled to hear. The statue will be on display at the Newseum until December 16 and then moved to Dunnigan’s hometown of Russellville, Ky., where it will be permanently installed at the West Kentucky African American Heritage Center.

For more, see this story from the New York Times.

Last but not least, here’s a quick roundup of all the latest coverage of our authors and their books. 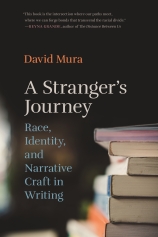 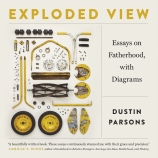 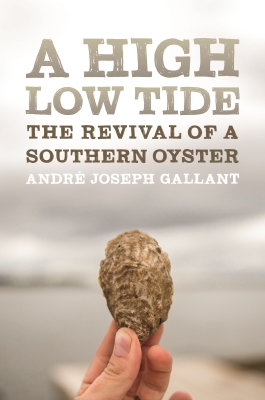 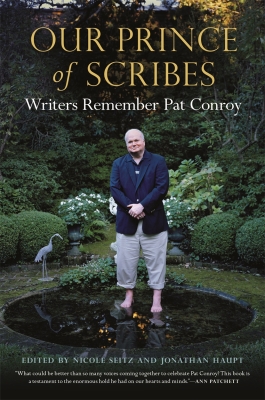 A High Low Tide: The Revival of a Southern Oyster by
André Joseph Gallant

“It’s part of Georgia’s legacy. Would we let peaches die?”
—from a profile of André Joseph Gallant in the Atlanta Journal-Constitution

Exploded View: Essays on Fatherhood, with Diagrams by Dustin Parsons

“It is difficult, upon closing this book, not to feel a sense of sadness when seeing how far the contemporary political climate has drifted away from the kind of empathy Parsons elicits and displays. That he does so with unwavering minimalist precision and a keen sense for the rhythms of everyday life puts him in the tradition of lyrical poets such as Emily Dickinson and William Carlos Williams. As the latter knew, so much depends upon a red wheelbarrow, or a red cardinal for that matter — that is, on our ability to imagine the strain (and pain) of others.” —Birger Vanwesenbeeck, Los Angeles Review of Books

“A compelling read that illuminates the man behind the myth, a writer’s writer, a fantastic storyteller, a flawed genius, and an exceptionally loyal friend.”
—Kirkus Reviews

A Stranger’s Journey: Race, Identity, and Narrative Craft in Writing by David Mura

“A thoughtful, nuanced, necessary look at how the subject of race is handled in fiction, memoir, and the creative writing classroom. . . . A Stranger’s Journey is an essential work of literary criticism and memoir, challenging readers and writers alike to think about writing, race, and identity in new ways.”
—Rebecca Hussey, Foreward Magazine 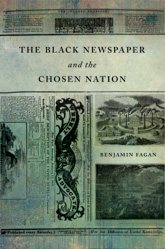 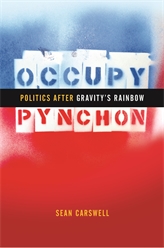 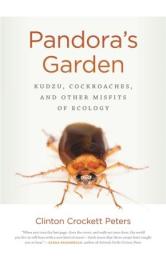 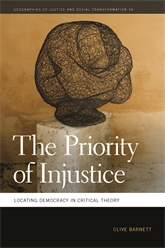 The Black Newspaper and the Chosen Nation by Benjamin Fagan

“The Black Newspaper and the Chosen Nation offers an innovative take on the role that the black press played in the construction of black identity and political culture in the decades before the Civil War.”
—Erica L. Ball, The Journal of Southern History

“Mushrooms of the Georgia Piedmont & Southern Appalachians is an admirably researched volume… I would place it among the very best guidebooks to North American fungi that have appeared in recent years.”

“The chief merit of this book is to firmly assert and document Pynchon’s unflagging political commitment, his furious, inventive quarrel with an increasingly unfettered plutocracy which has come to jeopardize democracy, and the very idea of a political community.”
—Anne Battesti, Cercles

Pandora’s Garden: Kudzu, Cockroaches, and Other Misfits of Ecology by Clinton Crockett Peters

“From species to species, with a mix of the clinician’s eye and the storyteller’s voice, Peters creates a sense of wonderment about his subjects.”
—Jonathan Liebson, Texas Observer

“Truth is indeed stranger than fiction, with his list of weird animals, insects, fish, reptiles and plants — Florida panthers to cockroaches, rattlesnakes to stinking cedar. He brings the literary canon into the essays, freely connecting to sources ranging from news reports and magazine articles to the Bible. Even a literal fallen sparrow, for a meditation on life, death and kids.”
—Christine Heinrichs, SEJ Journal

The Priority of Injustice: Locating Democracy in Critical Theory by Clive Barnett

“What makes Priority excellent, and worth investing in, is that it provides fresh perspective for those disillusioned (or even preoccupied) with the assuredness of radical democratic theory and ‘postpolitical’ argumentation, as well as those enticed by debates over justice.”
—Stephen Przybylinski, AAG Review of Book